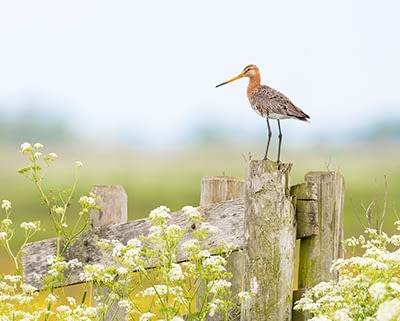 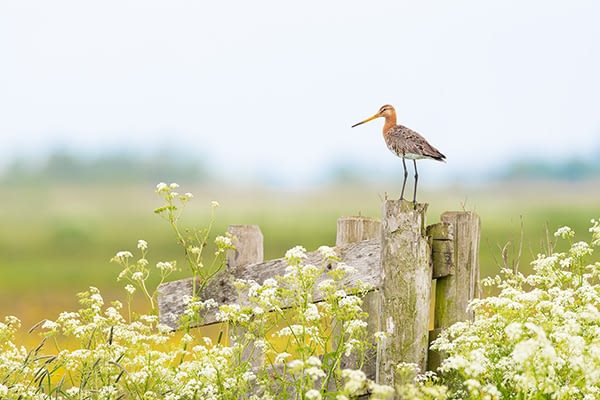 Early April as I recall I tried to photograph these Black-tailed Godwits for the first time. In April and May the still keep low to the ground: I managed to get a few decent shots, but nothing spectacular. In June and July you can encounter them sitting on fences. Which offers a lot more opportunities 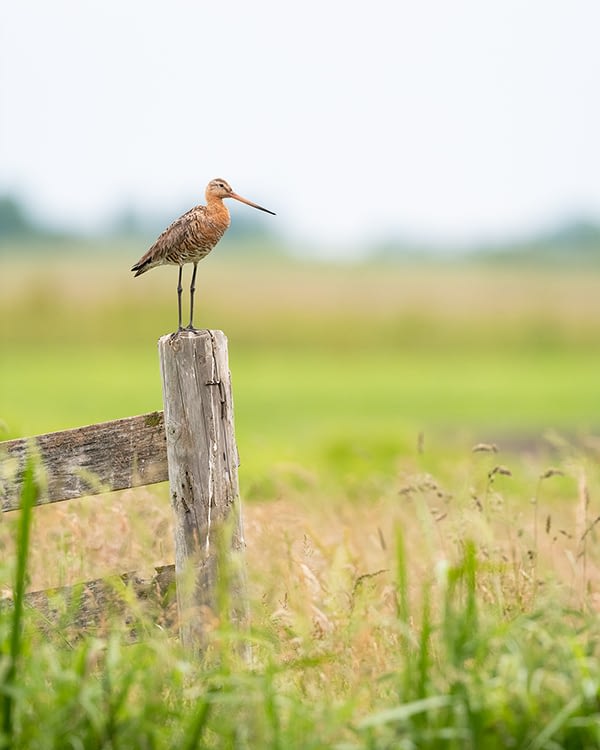 Next season I’m hoping to get some shots when they are stil low on the ground early in the morning after a cold night. And maybe some captures of them during a fight.